Today I’m reviewing more European treats that were gifts from my friend Neil,?this 9-piece box of?Leonides Les Truffes. There were 6 kinds of truffle in the box:?Classique, Noire, Cafe-Caramel, Champagne, Noisette Croquante, and Speculoos. 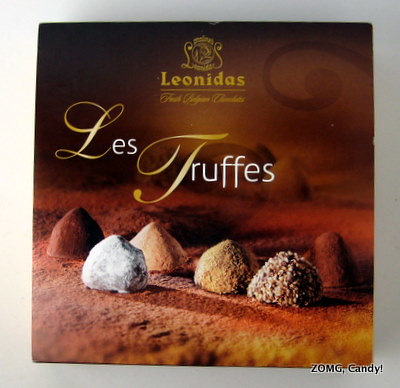 They got a little smooshed in transit, so a few had cracked shells, but they all tasted fine! All of the truffles were shaped like giant Hershey Kisses and had chocolate shells with soft, creamy ganache centers. 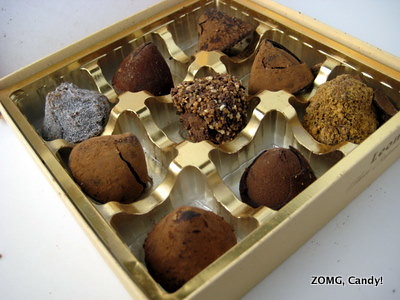 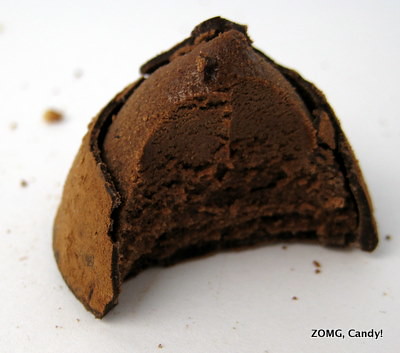 Noire was just a darker version of the Classique, this time dark chocolate around dark chocolate. It lacked complexity and had just a deep cocoa flavor with minimal sweetness. 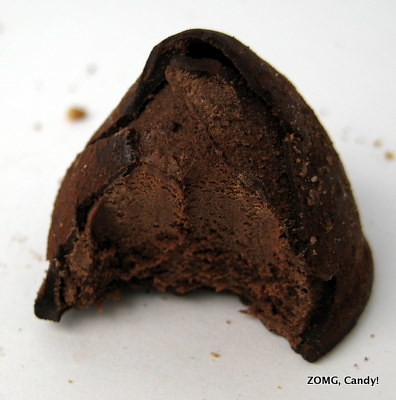 Cafe-Caramel was where things got really interesting. This had a pale, light brown ganache center.

I’m not exactly sure what the outer powder on this was, but it was extremely bitter and almost medicinal in taste. That coating overwhelmed any nice caramel or coffee flavors of the center and made the truffle rather unpleasant. 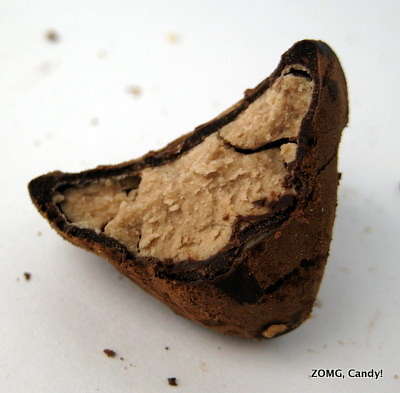 Champagne was more palatable. It, too, had a pale center that was nearly cream colored, and it was covered in fine granulated sugar.

It tasted extremely sweet with a light boozy undertone. I found it too sweet for my taste. 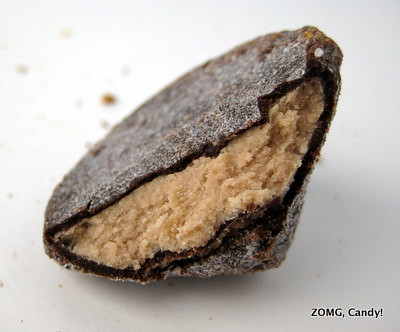 Noisette Croquante’s chocolate shell was studded with bits of candied hazelnuts. Those nuts were great! They tasted sweet and crunchy.

While the dominant flavor of this truffle was that of toffee from the candied nuts, there was a light nuttiness that came through as well. 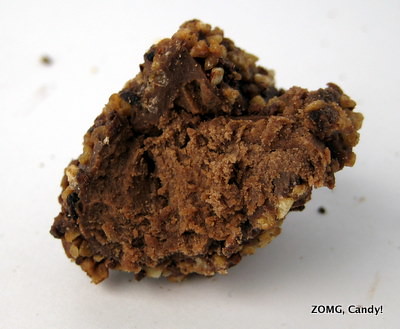 And finally, the Speculoos. I love Speculoos cookies, which are really tasty crisp cinnamon cookies. If you’ve ever been on a Delta flight, Biscoff cookies are the same. 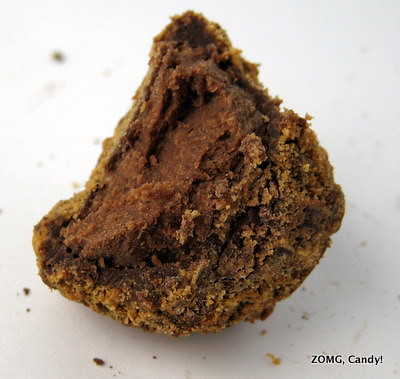 The Speculoos truffle was covered in fine cookie crumbs. Those crumbs added a great crunch and toasty complexity to the truffle’s light chocolate and cinnamon flavor. It was my favorite of the lot.

The Speculoos and the Noisette Croquante are the only ones that I would seek out to eat again. The Cafe-Caramel was too bitter for me to ever want to eat again, and the rest were fine but unremarkable. Thus the whole lot gets an O.