I bought this bag of Kraft Jet-Puffed Mallow Bites at the dollar store because they had a big “New” banner. I don’t think there are other mass-market “milk chocolate covered miniature marshmallows” out there. 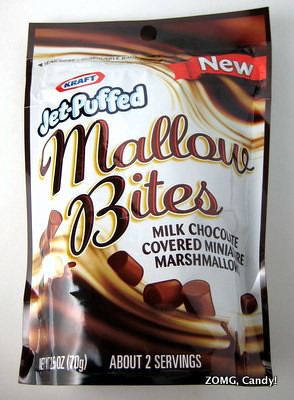 The chocolate cracked around the marshmallows when I squished them or bit into them. Its melt was grainy and carried a slight sour tinge. 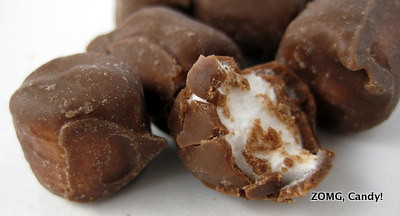 The marshmallows were soft and pillowy with a neutral sweetness. I love jet-puffed marshmallows when they’re warm and toasted to bring out their caramel notes, but just plain puffy sugar doesn’t do anything for me, so I didn’t find these to be terribly exciting.

I’m not sure what these Mallow Bites are supposed to be for. They’re too sweet for just plain snacking, and I think they’d melt into a gooey mess as baking mix-ins.?Maybe they’d be good in snack mixes? 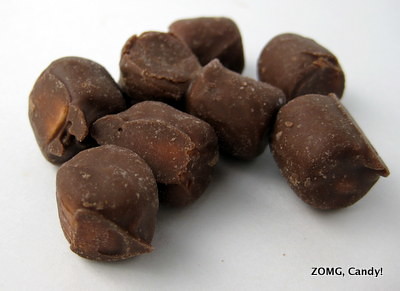 I think my favorite part about the Mallow Bites was the big CHOKING WARNING on the back instructing us to Eat one at a time. Don’t be gluttonous!

An O because they’re reasonably tasty, but they’re too sweet, and I don’t really get what they’re going for.