JinJu Chocolates makes hand-crafted chocolates in small batches and, apparently, sells them online and via some classy Las Vegas joints. They sent me free samples of their Fleur de Sel caramels and their Akoya Collection, which I’ll cover on Friday.

The caramels and chocolate arrived in an ingeniously designed two-layer box that swiveled open so that you could access both layers at once. I’d never seen anything like it and was super impressed. 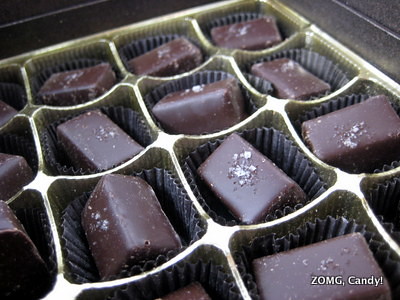 While the top layer of the Akoya Collection was assorted, I’m fairly sure that my bottom layer of caramels were all Fleur de Sel, though JinJu makes several different kinds. 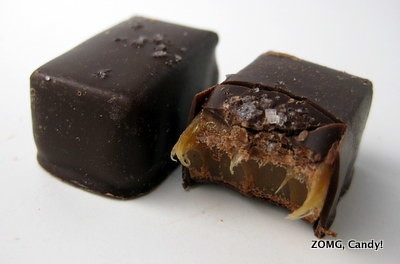 I could bite easily through the caramels, but the caramel was stiffy chewy and sticky as I chewed it. When I held it on my tongue, it melted away with a golden amber butteriness that was lightly sweet.

The dark chocolate coating on the caramels was awesome. It was dark and dusky with a nice depth of cocoa flavor and just a hint of sweetness. 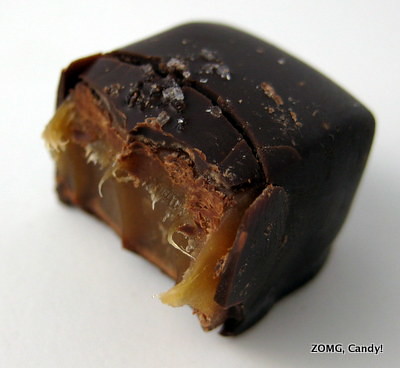 The sprinkle of salt that topped the caramels added a nice hit to set off the sweet caramels. I do wish, though, that the saltiness would’ve been more present in the caramel itself.

Still, a super tasty treat, and probably graded on a curve because I love chocolate-covered caramels. An OMG.

I just saw Wreck It Ralph last weekend (loved it, by the way!) and loved the idea of the Sugar...