Someone left a bag of these Creme de Menthe Meltaway Hershey’s Blisses in lab. I’ve never reviewed Hershey’s Bliss before since I’ve never found them interesting enough to buy, so of course I jumped at the opportunity to steal one for reviewing. 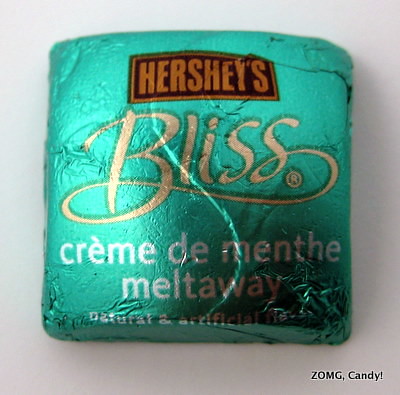 The Creme de Menthe Meltaway Bliss was a domed square of chocolate that came in a shiny, cheerful emerald green foil wrapper.

It was quite pretty when bitten into. The center stripe of pale mint green contrasted nicely with the brown of the chocolate. 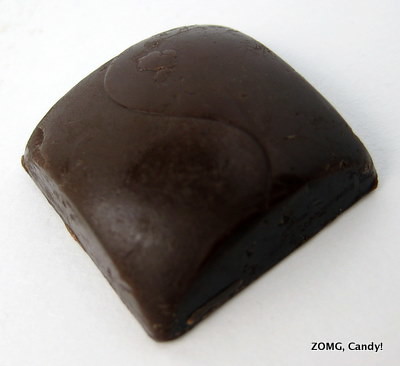 The chocolate had a soft bite. The melt was extremely thick and had a barely perceptible grain to it.

The mint center was a soft ganache that was thick and creamy, if a little fatty feeling. The peppermintiness was noticeable but fairly mild. Definitely less intense than a York Peppermint Patty. 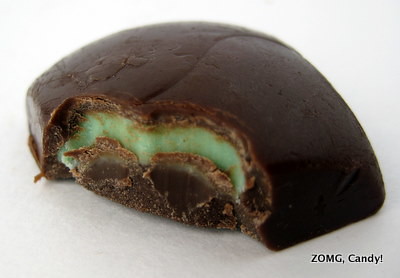 This Bliss was like mint chocolate chip ice cream condensed into a single bite of chocolate. It reminded me of an Andes but larger and with a more satisfying mouthfeel.

I liked it more than I thought I would, perhaps because mint chocolate chip is one of my favorite ice cream flavors. Still, I wish the mintiness was stronger, so an O.