These Hammond’s Caramels were free samples that arrived in the same box as the?Piggy Backs?that I previously reviewed. They came in vanilla and chocolate, and both 1.5-inch squares were wrapped in waxed paper for an old-fashioned look. 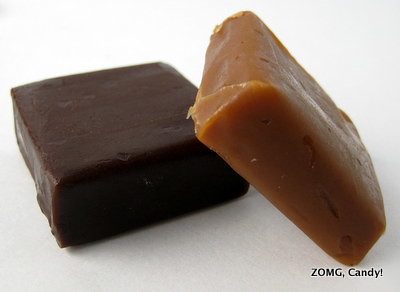 Vanilla had a soft and super super sticky chew, like an extra sticky Starburst. The wax paper that it came wrapped in was the only thing that it didn’t stick to. 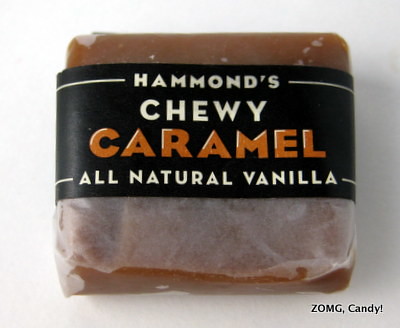 It had a lightly perfumed floral sweetness that was round and mellow, similar to that of powdered sugar. I was a little disappointed – I like my caramels dark and scorchy and complex, while here it was mild and simply sweet. 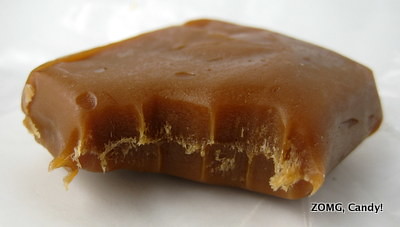 Chocolate’s chew was a stiffer than that of the vanilla, but it was similarly sticky and softened as I chewed it. Its flavor reminded me of a super intense, less artificially sweet?Tootsie Roll. 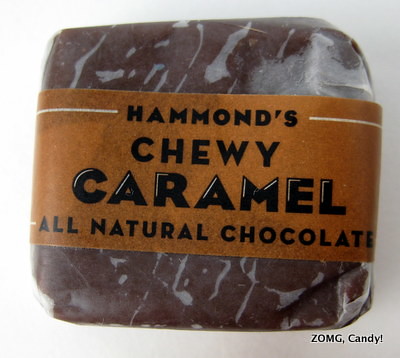 The chocolate caramel’s cocoa flavor had surprising depth. Imagine a mug of hot cocoa distilled into a chewy caramel – it had the same light fruity undertone that Swiss Miss does. 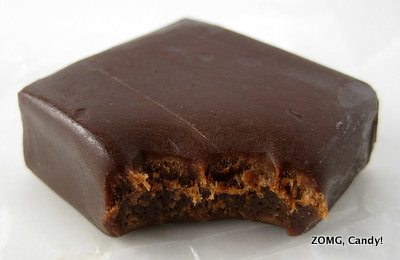 I liked the deep cocoa flavor of the chocolate caramel, but I felt that both the chocolate and the vanilla lacked the burnt sugar complexity that I look for in caramels. These guys played it too safe, so they get?Os.