Goldenberg’s Peanut Chews used to be a mostly regional treat. When Just Born (most famous for their Peeps) bought them in 2003, they greatly expanded where it was sold. I found my bags at a dollar store here in Rochester. 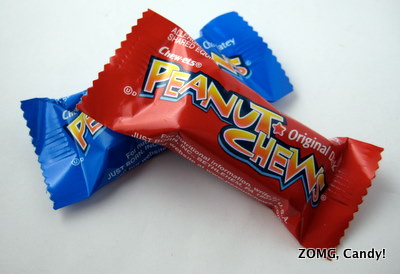 Peanut Chews are peanuts in caramel and coated in a thin layer of dark or milk “chocolate”. Not much chocolate is actually in those layers – the ingredients list for both types have cocoa powder but also hydrogenated palm kernel oil. 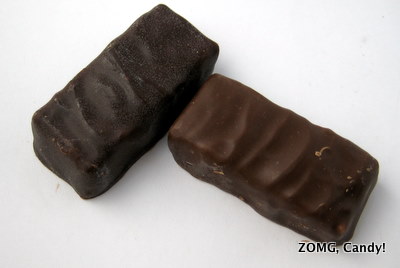 The caramel inside came across as rather dry because it was so chock full of peanuts, but it also had a pleasant, lasting chewiness. The caramel took a few chews to dissolve, but it didn’t get annoyingly stuck in my teeth. 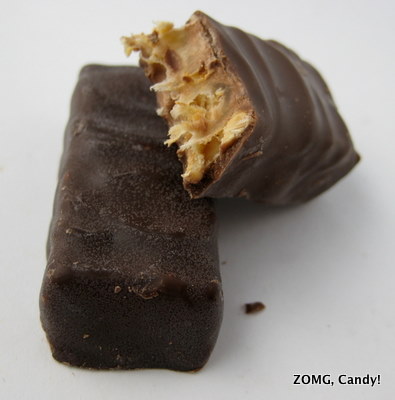 In addition to being sweet and peanutty, the milk’s filling was also very salty. Too salty, in my opinion. Still, the bar wasn’t bad, like a Snickers without the nougat.

The dark version had the same chewy caramel and peanut filling, but it wasn’t as salty, and the “chocolate” coating wasn’t as sweet. I initially thought the sweeter milk coating just made the filling seem saltier by comparison, but then I checked the nutrition panel. 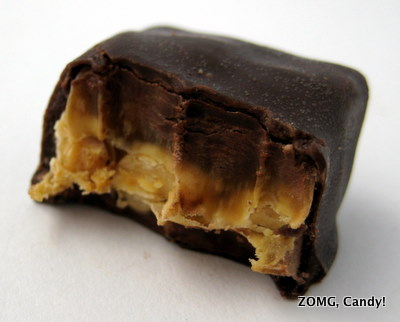 Considering the fact that I’m not a big fan of peanutty sweets, I rather enjoyed these, and my friends did as well. They’re not a fine gourmet good, but they make for a nice treat. An O.