This Sea Salt Soiree bar is a new addition to Ghirardelli’s Intense Dark line. At least, I believed the corner label that said it was new – that’s what prompted me to buy it in the first place!

Turns out it’s been out for at least a year. It’s like those “Grand Opening” or “Closeout Sale” banners that hang in front of stores for years. 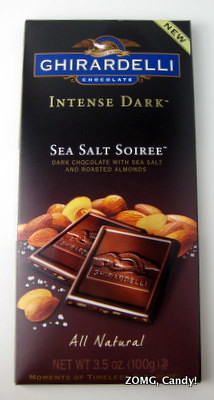 The outer box described it as, ” dark chocolate with sea salt and roasted almonds”. There’s also a milk chocolate counterpart in their Gourmet Milk line called Sea Salt Escape that I saw at Sweets and Snacks.

Inside, the bar was lightly scored into 8 logo-ed squares. The break along the scores was a nice, sharp snap. 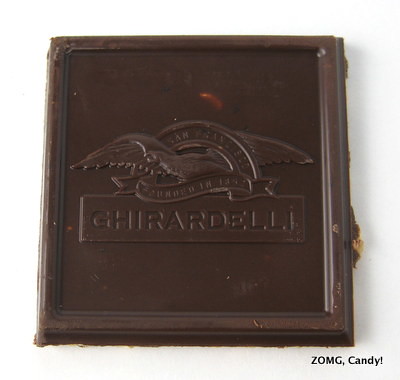 Little bits of almonds were liberally mixed in and added a nice crunch factor. They also brought some astringency to the finish and not nearly enough roasted nutty flavor to the chocolate. 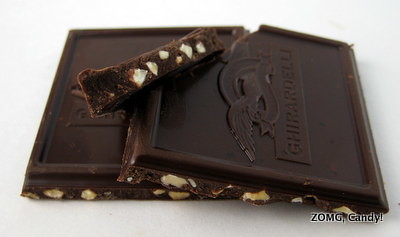 The flakes of sea salt brought occasional flashes of flavor that really picked up and brightened the flavor of the dark chocolate. The dark chocolate was lightly sweet, but alas, I felt that its flavor profile was lost in the astringency of the almonds.

I thought the bar was okay, but I wanted more almond nuttiness and more chocolate flavor. An O.