I originally labeled the below truffle as a mystery one, as it didn’t look like any of the truffles in the guide. I’ve since decided that it’s the Machu Picchu, which is supposed to be topped with “crushed and candied almonds.” I guess my topper missed the crushing step. 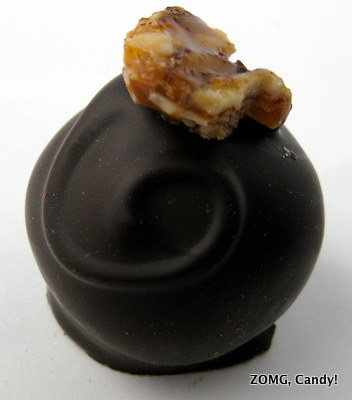 It had an airy cinnamon flavor and lots of grit to the texture. The gritty bits were astringent and pulled the moisture from my mouth. I guessed that it was an allspice truffle.

The Machu Picchu’s description says that it included caramelized cacao nibs (the grit), 65% Peruvian chocolate, and “a light touch of cinnamon and vanilla bean.” My tasting notes weren’t too far off! 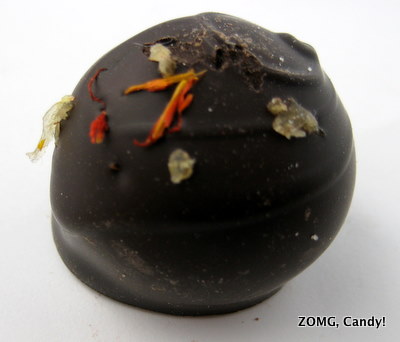 Lemongrass With Ginger had the prettiest topper, a colorful mix of candied lemon peel and dried safflower. It tasted floral with a bright, sweet lemony fresh flavor.

It managed to be cheerful while avoiding that medicinal floor cleaner effect. I didn’t notice any ginger flavor – I think it got all mixed up with the taste of the lemon zest topping. 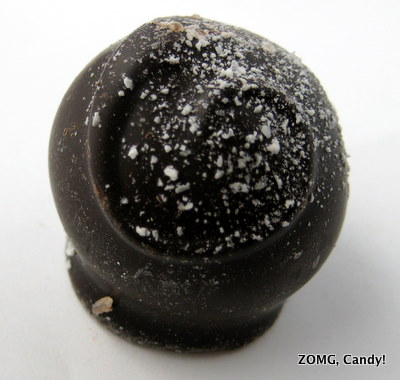 Sweet Curry With Saffron is definitely a non-traditional truffle flavor. It tasted strongly of dried spices – cumin was a high note I picked up. The truffle guide also listed coriander, tumeric, cardamom, and saffron.

In this savory truffle, the chocolate took a backseat supporting role, while the curry was the star. All those spices brought a little astringency to the finish. 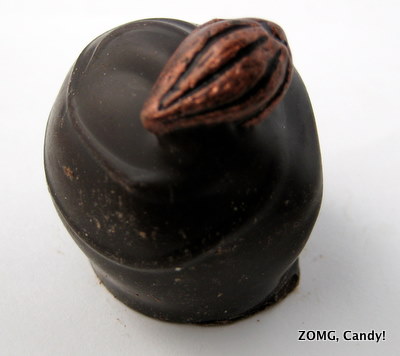 Rica Organica had a beautiful cacao bean as a decorative flourish. The bean was a solid chunk of chocolate. This ganache had a cool, fatty melt that was at once savory and sweet.

I loved the distinctive flavor of the Rica Organica. This may not be the most feminist-friendly description, but its bold flavor tasted manly (the truffle guide calls it muscular) and assertive before giving way to a bright finish. 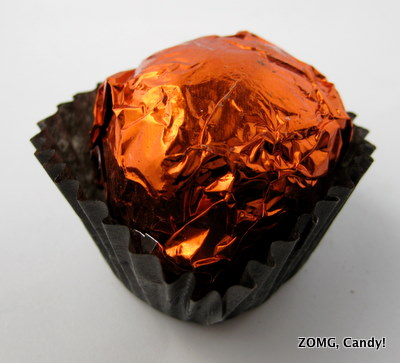 Cinnamon/Cayenne was the only rolled truffle of the bunch. It was quite possibly the roundest rolled truffle I’ve ever seen. It had a thin chocolate shell and was rolled in cocoa powder.

The chocolate flavor came through first. It was super smooth, creamy, glossy, and slightly sweet. Then, the cinnamon and powerful cayenne come through. The cayenne burns the throat with its heat, but the spicy tingle dissipates after a few minutes.

The kicky spice makes this not for the faint of heart. It’s not a daily, casual treat, and it’s definitely an exciting adventure. 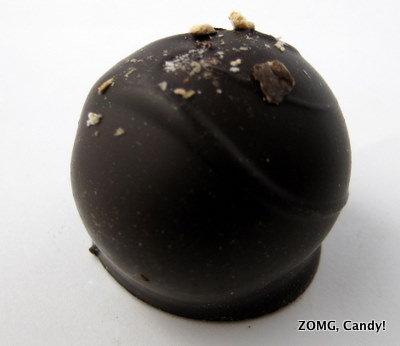 Shitake Mushroom was another hard one to identify, as the biggest mushroom pieces that topped it had fallen off in transit, so I tasted it thinking that it was the Cointreau truffle.

It started with a bright citrus sweet high not from the chocolate shell. Then, a powerful cream and butter flavor punched through. It had a familiar earthiness that I couldn’t place until I realized that I was eating a mushroom chocolate. Unique and delicious! 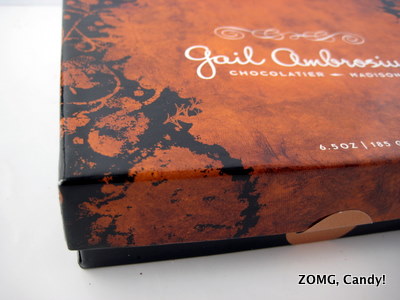 Gail Ambrosius definitely has a way with chocolate. The shitake mushroom truffle alone is a taste experience worth seeking, and the rest of the box ain’t too shabby either.

All of the truffles were so packed with flavor that they were extra satisfying. A ZOMG! for the shitake mushroom and Rica Organica, and OMs for the rest.