I’ve been off caffeine for several years. Nowadays, if I have a glass of caffeinated soda in the afternoon, it’ll keep me up all night! Thus, I’m probably not Foosh Energy Mints’s target consumer. But when their maker, Vroom Foods, offered to send me free samples, I decided to try them for your sakes, readers. 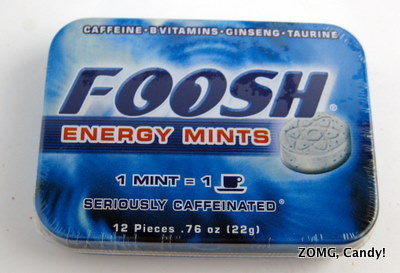 Each mint contains 100 mg of caffeine, the equivalent of a cup of coffee. They wanted me to keep in mind that such a high caffeine content gives them a unique texture.

The texture definitely stood out as being different. The mints melted with little bumpy grains all over them. It was unusual but not off-putting. What was off-putting, however, was the taste. Or rather, the aftertaste. 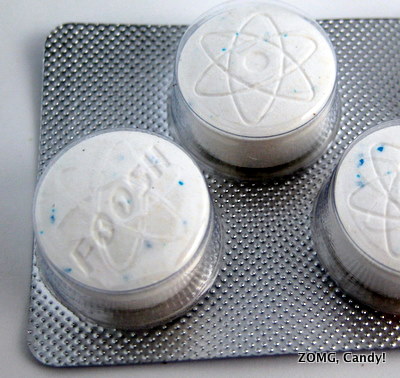 They tasted strongly of strong peppermint, which was great and breath-freshening. But they also had a horrid under/aftertaste of artificial sweetener.

Such an aftertaste is bearable when it lasts just a few seconds after you swallow your Diet Coke. In the mints, unfortunately, it lasted the entire time the mint was melting in my mouth. About halfway through, I just couldn’t stand that undertone of fake saccharine-ness and had to spit the thing out.

I didn’t like the taste of these, and I have no need for its caffeine content, so they weren’t for me and get a — solely based on taste. But my caffeine addict friend loved them. To each his or her own, I suppose.