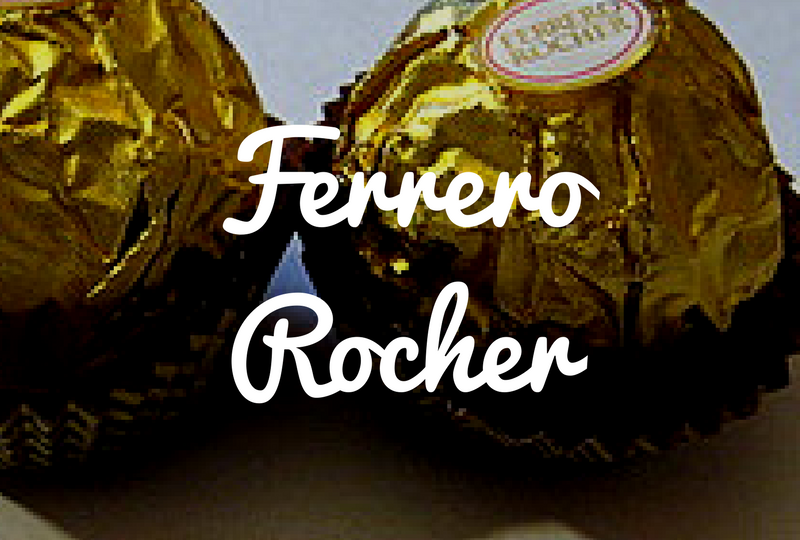 Ferrero Rocher are a pretty classic treat, and they’re probably Ferrero‘s most famous product in the U.S. Whenever my parents go back to China, they buy a bunch to give our relatives to give as gifts (they’re cheaper in the U.S. than they are in China). As a kid, I thought Rocher was the pinnacle of fine chocolate. They were so pretty in their gold foil wrapping and so fancy with their individual stickers (that I used to collect, by the way). 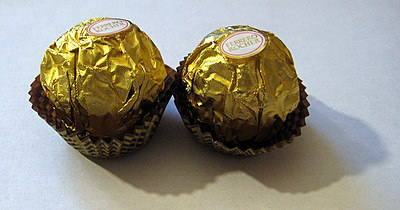 I used to eat these very methodically when I was younger. First I would carefully nibble away the outer chocolate and crushed nut layer, exposing the sphere of chocolate wafer. Then I’d eat half of the chocolate wafer, leaving me with a little wafer bowl filled with the smooth chocolate/hazelnut creme and the whole hazelnut. Next was the whole hazelnut, followed by careful, slow licking away of the chocolate/hazelnut filling, and finished by crunching up the second half of the wafer shell.

Now that I’m older, I know that these aren’t as fancy or as high-end as I thought they were. But they’re still delicious, and there’s a reason they’re so popular. The strong hazelnut flavors keep the sweetness of the chocolate and Nutella-like filling from being overwhelming.

An OM. No G because I probably overdosed on these as a kid, and they’re quite ubiquitous, so they’re not as special as they should be.

Here's how to get a great deal on overpriced chocolate covered popcorn from Dale and Thomas! Go here for a...