These candy Farts made a big splash at the Expo, with tons of people milling around the Leaf booth saying things like, “Hey, can I get some Farts?” and “Oh I’d love to try the green Farts.”

Let’s face it: it’s fun to talk about Farts. Of course I had to ask for some free samples. 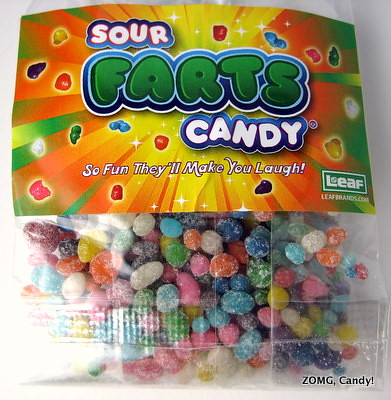 The Sour Farts were coated with a stridently tart outer layer that made me wince (in a good way!). That sourness took on moisture quickly, making the Sour Farts clump together a bit after I left the package open through some humid days. 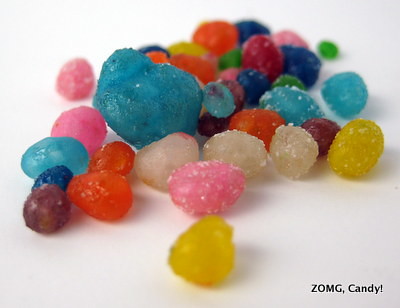 The Sour Farts were basically little bits of multicolored rock sugar candy, like Nerds but with an easy, almost soft crunch that was easier on the teeth. As you can see from the photos, they were far from uniformly sized. 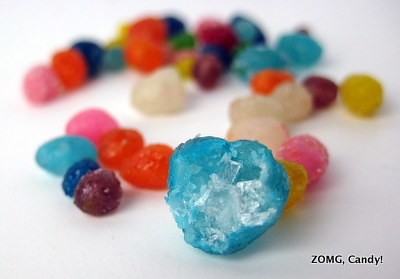 Each color corresponded to a different flavor, but those flavors dissipated quickly.?Plus the candies were so tiny that it was hard to isolate specific colors. The overall effect was that of sourness followed by sweetness. 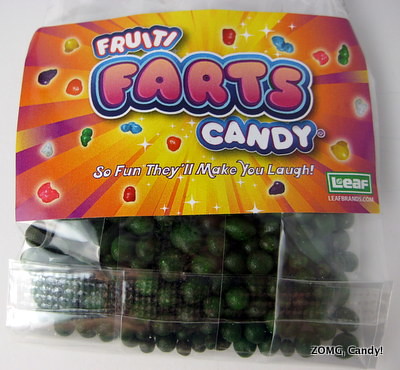 The Fruiti Farts of my sample were all one uniform army/watermelon green color. They lacked any sour coating, and their matte shells were enough to protect them from the humidity effects that the Sour Farts felt.

These, too, were basically just little bits of rock candy coated in a sugar shell (again, like Nerds but softer). There was a flash of red underneath that green, so I’m pretty sure they were supposed to be watermelon flavored. 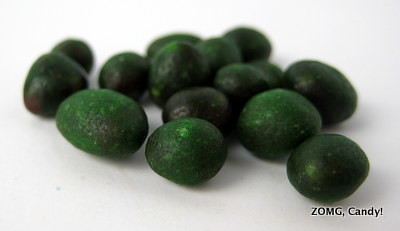 To me, they just tasted generically of artificial red candy flavor and lots of sugary sweetness with a little flash of brightness. I think if I had some other flavors of Fruiti farts for contrast, I could’ve detected some subtle differences, but really, these Farts are less about the flavor integrity and more about a tasty, sweet treat with a silly name.

I liked these better than Nerds because their softer texture was more pleasant to chew on. I never buy Nerds (though I’ll make an exception for a post-holiday Nerds Rope that’s on sale), but I’ll eat the occasional fun-sized Nerds box out of a Kiddie Mix.

I feel similarly about these Farts, but they have the added bonus of a nicer chomp and a funnier name. I think I know some little boys and girls who’ll love these and find them hilarious. An O.