Today, y’all get the latter half of my take on Cybele’s list of the 110 Essential Candies for Candivores. In case you missed it, the first half of the list posted last Friday. I’ve bolded what I’ve tried before and sprinkled comments and photos throughout, after the jump.

57 Malted Milk Balls – I love ’em, especially when they come in special flavors. 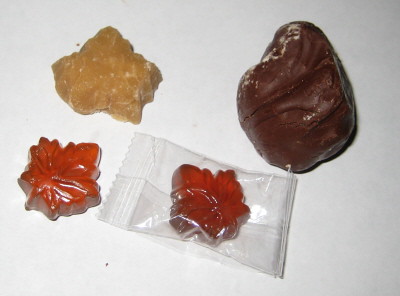 62 Marshmallow & Coconut Cup – I did three straight days of these: Valomilk, Cup-o-Gold, and Mallo Cup. The Cup-o-Gold emerged victorious. 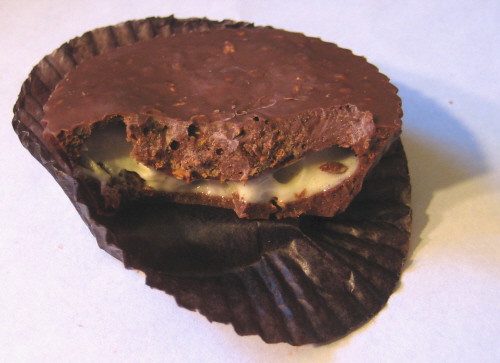 63 Marshmallow Peeps – so much artistic potential lies in such tiny and not-found-in-nature colored treats.

66 Mexican Mazapan – not a typo. I know I’ve had this before – it comes in a paper-wrapped round cake with a rose on it – but I seem to have lost the photo. Boo.


68 Morinaga HiCHEW – a wonderful chewy candy that stays true to the fruits that it emulates. 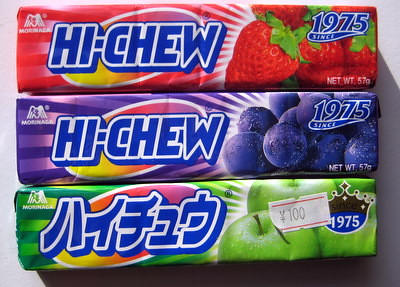 70 Necco Wafers – there’s been a mini roll waiting in my work desk since Halloween.

71 Nik-L-Nips or Wax Lips – I’ve got a couple of wax mustaches that the NCA sent me around Halloween, but I’ve yet to dare to try them.

75 Pates de Fruits (fruit pate) – I tried a bunch when I got to visit France. They can be pricey, but it’s sort of understandable. Think about how much real fruit goes into making each super-concentrated bite! 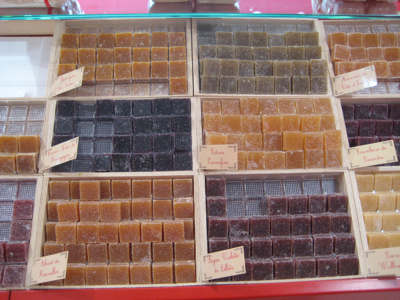 78 Peanut Butter Molasses Chews – I don’t like plain Abba Zabbas, but I think the sour apple version is great!

79 Pecan Pralines (New Orleans Style & Texas Chewy) – That reminds me, I’ve been sitting on a review for a delicious confection by my hometown’s Lammes Candies: the Habanero Praline. 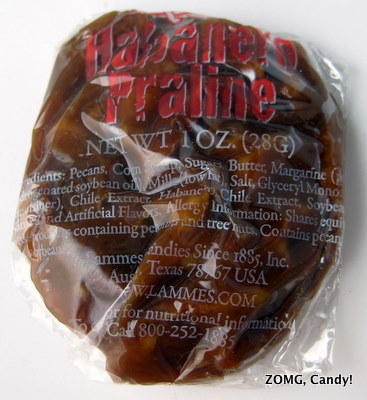 83 Pocket Coffee – I’ve been wanting to try these since Cybele reviewed them. I gotta get my hands on some!

84 Pocky – I don’t consider these to be candy, exactly, but I love to eat them!

85 Razzles – to me, they taste like Flintstones vitamins and blood (iron). No thanks! 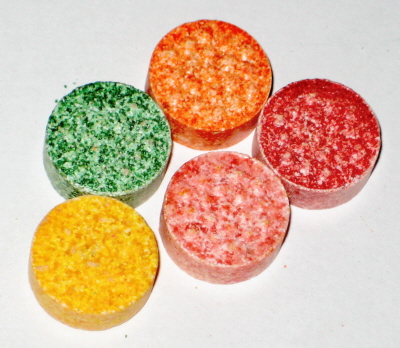 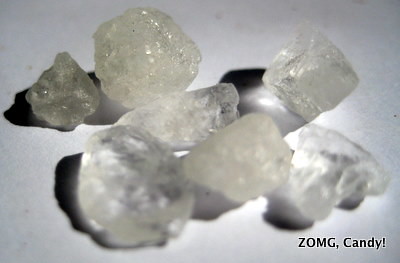 91 Salt Water Taffy (bonus if you saw it being pulled)

94 Satellite Wafers (Flying Saucers) – I’ve seen them but never had the urge to try them.

95 Single Origin Chocolate – did you know that in the U.S., the use of the term Single Origin is not at all regulated? Single Origin doesn’t equate deliciousness, but usually it’s pretty good because the producers are careful about sourcing their beans.

98 Sponge Candy – I still dream about the Dark Sponge from Economy Candy, which is structurally different from most sponge candy, as its innards are more honeycomb-like. Truely sponge-ike sponge candy seems to be decently common up here in the East Coast. 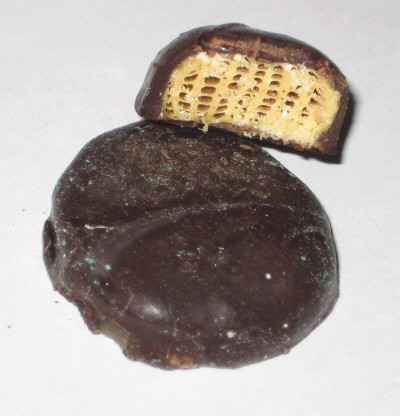 101 SweeTarts or other sour compressed Dextrose – simple, yet still one of my favorites.

105 U-No – I found this totally off-putting and completely inedible. 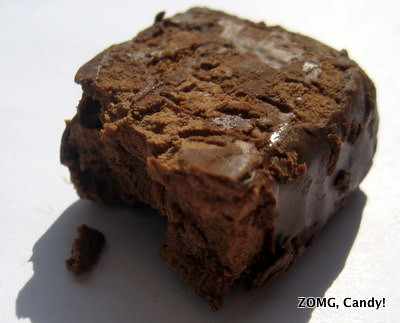 110 Zotz – I don’t why these aren’t more widely available. They’re so much fun, and far superior to fizzy Warheads.

Someday I’d like to come up with some sort of list myself, but reading Cybele’s was tiring enough. Maybe for 2011.