A Belgian friend of mine in Rochester was kind enough to remember me on his latest trip back to his homeland. He brought me back a box of Belgian Pates de Fruits from Duc d’O (also available online!)

Pates de fruits, also known as fruit jellies and fruit pate, are much better than gummi candies. They’re usually made from no more than pureed fruit, sugar, and gelatin. The real fruit part is what makes them special. 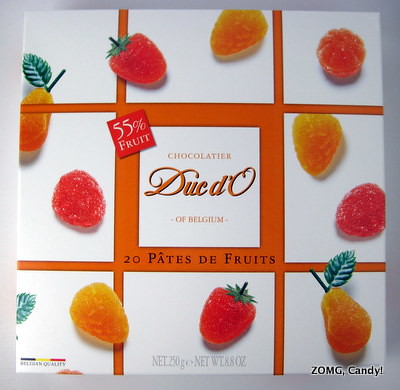 The entirety of this box was made from pureed apricots plus “flavours” and “colouring”. Interestingly enough, none of these were apricot flavored. Instead, they were, from left to right in the below photo, raspberry, pear, orange, strawberry, and grape. 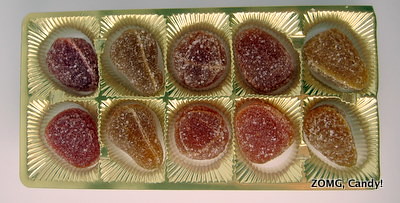 All of the fruit pieces were made of two half jellies stuck together and rolled in granulated sugar. The pates had a soft, immediate give, while the sugar sand added a hearty grit and crunch.

Pear was golden and pear shaped. It had a great seediness and tasted quite genuinely of Bartlett pear flavor with a slightly sweet and sour finish. 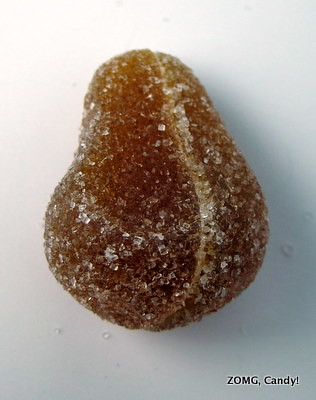 Strawberry was a little red triangle. It was mild and sweet with a lightly floral flavor and reminded me of strawberry preserves. 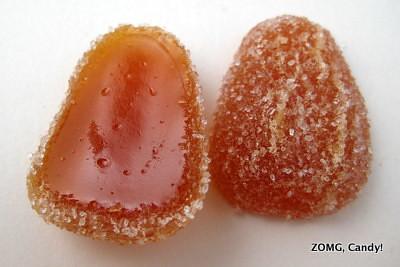 Raspberry was hard to distinguish from the strawberry. It was slightly darker and had a more mottled surface. It lacked any seedy astringency, though it had deeper red fruit notes than the strawberry did. 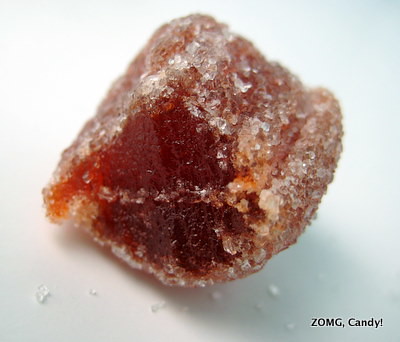 Grape looked like a golden version of raspberry. It tasted more like raspberry than the raspberry did, as it had a seedy finish. It tasted of raisins with a vibrant, fruity, slightly sour finish. 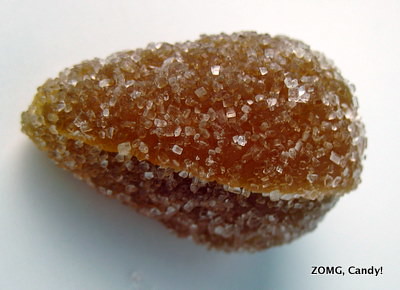 Finally, orange was a golden, puckered ball. It started with an initial hit of zesty citrus almost sourness but then mellowed out into a milder, muted orange marmalade flavor. 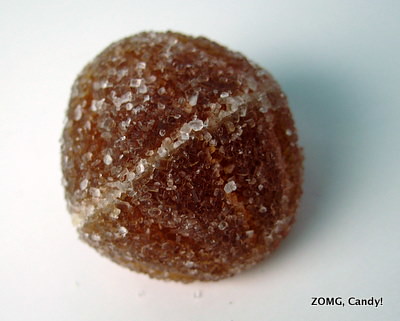 I wish pates de fruits were more prevalent in the U.S. They’re great, concentrated bites of real fruit flavor, a refreshing departure from the usual fare of artificially flavored and sweetened gummi bears and worms. An OM.