I love the idea of Chuao Choco Pods. They’re the same chocolate as full-sized Chuao bars, just scaled down to just 11 grams apiece. Chuao’s chosen to market the scaling down as smart portion control. I say it’s great for candy bloggers who want just small samples!

I picked out 3 Choco Pods at Beacon Hill Chocolates for $1 each. My boyfriend treated and also let me pick out several truffles, which I’ll review later in the week. 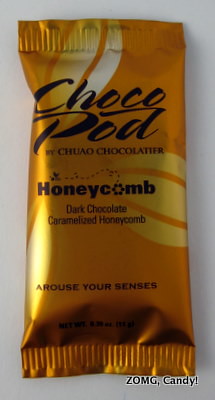 The Honeycomb was “dark chocolate, caramelized honeycomb”. It smelled dark and woodsy. The flavor was absolutely lovely with deep raisin notes and a sweetness from the bits of honeycomb. 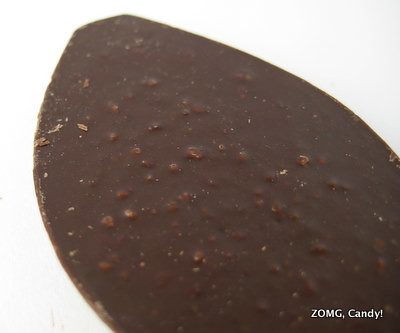 The honeycomb bits added a light crunch and grit, along with a slight toffee toastiness. It was a welcome foil to the intensity of the dark chocolate flavors.

Firecracker was “dark chocolate, chipotle, salt, and popping candy”. It smelled slightly sweet and smoky with a hint of allspice to the scent. 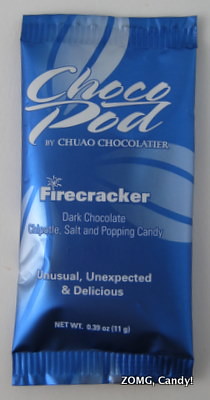 It initially tasted of cinnamon before giving way to a firey, smoky chile burn that lingered and singed. The afterburn was quite powerful.

The heat of that burn was accentuated by the presence of popping candy, which added the sound and feel of snapping in my mouth. Firecracker really was an apt name! 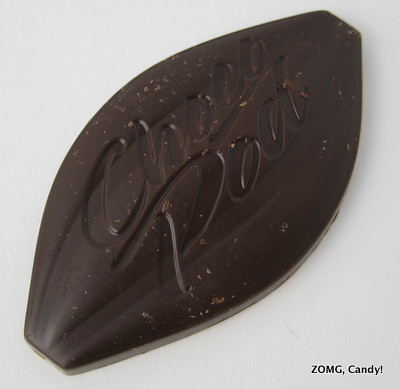 I really enjoyed both these bars, though Firecracker got a skotch too fiery in the finish. An OMG for the Honeycomb and an OM for the Firecracker.

Where’s the third ChocoPod that I tried? I’m saving that for next week so that I can properly wax rhapsodic about it. Stay tuned!