When you’re 8 years old, Atomic Fireball is a mystical candy. They’re intriguing, yet terrifying. At that age, being able to polish off a whole fireball is an impressive task. I was not that impressive as a kid.

Now they come in smaller, chewy form, which makes them much more manageable, size-wise, at least. My 8-year old self could have used these to train myself up to the full jawbreaker version. I got this fun-sized bag as a free sample from the NCA. 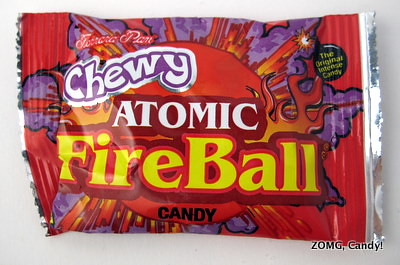 For those who aren’t aware, the Atomic Fireball is one of the most well-known spicy candies. They are mostly a cinnamon flavor, but they also pack quite a punch with other spices. The chewies were about the size of a Lemonhead. No surprise there, as they’re made by the same company (Ferrara Pan). 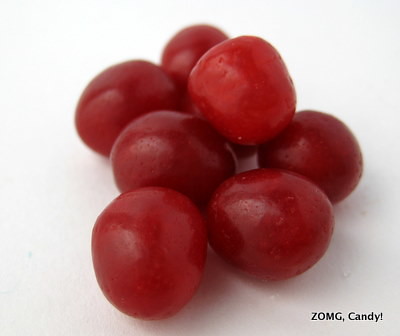 Chewy Atomic Fireball has a hard candy shell that cracked when I bit into it. Inside was dense, grainy, and chewy. It was kind of like a grainy jelly bean (the cheap store brand kind), only spherical.

They tasted like chewy Red Hots (also made by Ferrara Pan), all sweet and spicy candy cinnamon. They left a tingly burn on the tongue that was strong and just a tad painful. 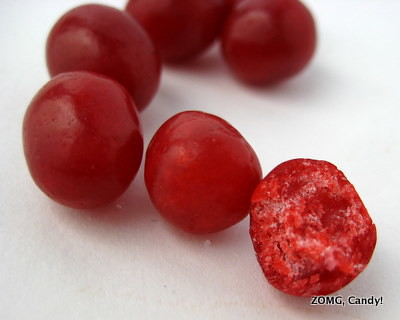 They had a vaguely plasticky finish, but it wasn’t too noticeable, as the burn took center stage. I think these may have been even hotter than the original because all that chewing released more spiciness, but I’m not sure…

It’s been a while since I’ve had a real Fireball, so maybe the original’s burn has dissipated in my memory. An O from me, but if you love the original, these are definitely worth a try.