I bought this box of Cemoi L’Atelier des Gourmets at Whole Foods. They were half off in a post-winter holiday sale. There were four different chocolates in the box, each with their own hoity-toity name: Kheops, Evasion, Arabica, and Coupelle. 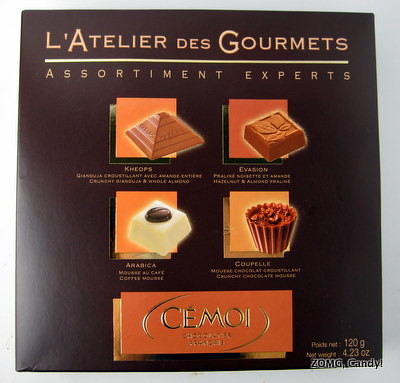 Kheops was described as, “crunchy gianduja and whole almond.” It came in a pretty flat-topped pyramid shape with Kheops etched into the side. 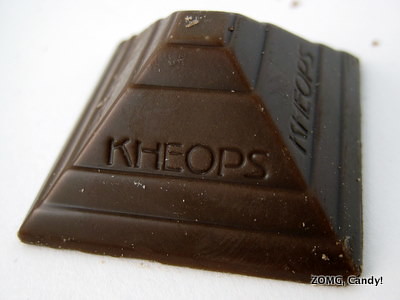 The center gianduja was rather dry and pasty. It had a light, almost airy crunch that made me think there were rice crisps inside. 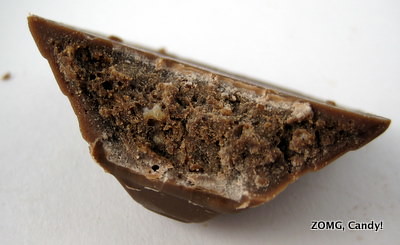 The chocolate and hazelnut filling tasted sweet and fruity with notes of citrus. Hitting the center whole almond bought a nuttiness to the confection, but the finish was still too fruity for my taste. An O.

Evasion was a square “hazelnut and almond praline” with leaves etched on top. It had the same citrus fruitiness of the Kheops. 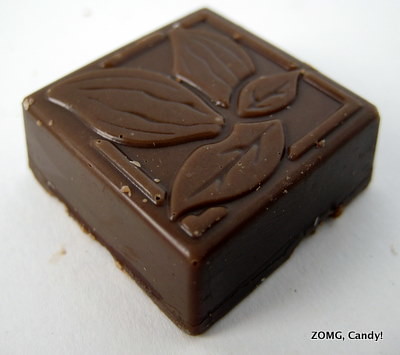 The almond praline was featured in little crunchy toffee bits. They would have been a nice addition to nearly any treat, but the cloying, cocoa finish of the rest of the Evasion was off-putting enough to outweigh any praline benefit. An —. 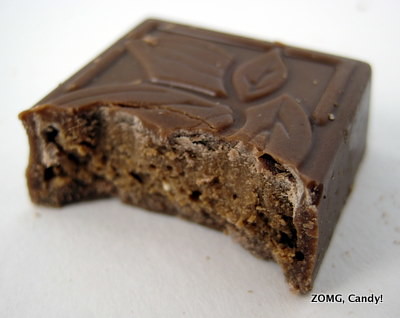 Arabica was described pretty simply as “coffee mousse.” I thought it was the most visually striking, with the contrast between the chocolate brown coffee bean (not a real bean; it was made of chocolate) and the white chocolate coating. 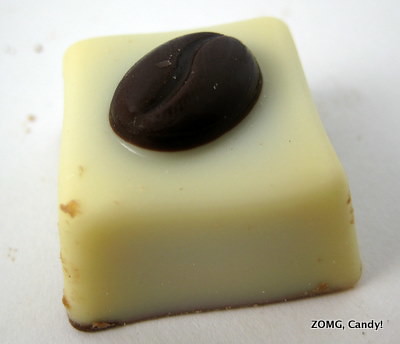 Biting into the Arabica revealed even more contrasts – the inside ganache was milk chocolate. It tasted lightly of coffee with a slight, almost burnt bitterness. The whole thing made me think of Mocha Frappuccinos. 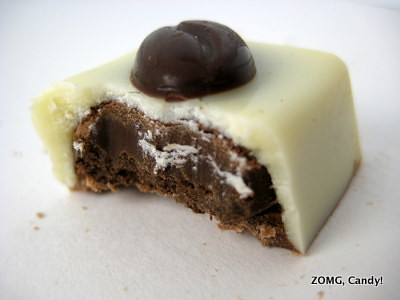 The ganache was thick and, like the other chocolates in this box, a tad too sweet for my taste. Another O. 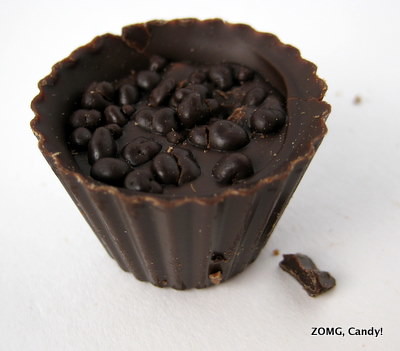 This was by far my favorite of the bunch. It was made with dark chocolate. It was still sweet, but not as cloying as the others, and the cocoa flavors were deeper with red fruit notes. 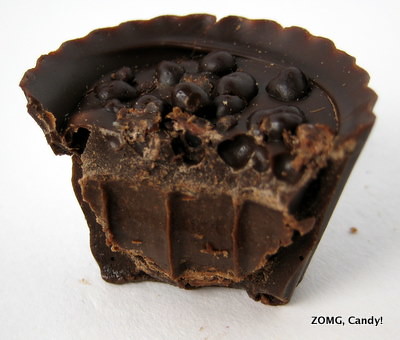 And it had an amazing dusky finish that made it addictive. Furthermore, those chocolate sprinkles added a nice depth of cocoa flavor. An OM.

I’m really glad that I didn’t pay full price for these chocolates, as the Coupelle is the only one that I would want to eat again. Overall, not recommended, despite all the fancy packaging and hoity-toity names.