A quick round-up of things that I ate and photographed but couldn’t come up with many words for. If the picture takes up more room than the review, it doesn’t warrant a standalone review. These were all gifts from friends who brought (or mailed) me candy from afar, which is why they’re mostly hard/impossible to find.

Israeli something from my friend Monica (update: According to Candy Addict, it’s a Pesek Zman):

Like a prettier, square-r, tastier, and creamier Kit Kat. Amusing because to me, the words on the wrapper look more correct when they’re upside down. I had to spin the wrapped bar around a few times to remember how it should be oriented. An OM 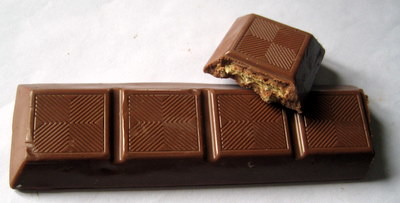 St. Lucia Rum Fudge from friend and former roommate (which is quite different from a roommate and former friend) Jenny: 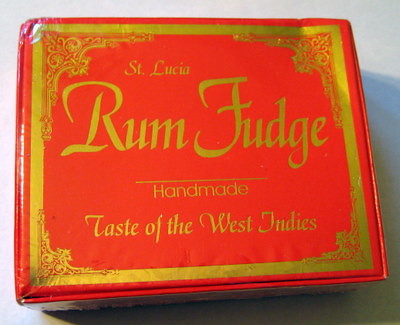 I don’t know if it was the St. Lucia or the rum part that made it weird, but it was weird. Instead of being sticky/creamy/gritty like regular fudge, this was dry and sugary. It was supposed to be chocolate-flavored, but to me just tasted like sugar. I don’t actually like fudge (way too sweet for my palate), and I, despite dear Jenny’s best intentions, didn’t much care for St. Lucia’s rum fudge, though I bet I’d love St. Lucia, where Jenny got to go for Spring Break. A —. 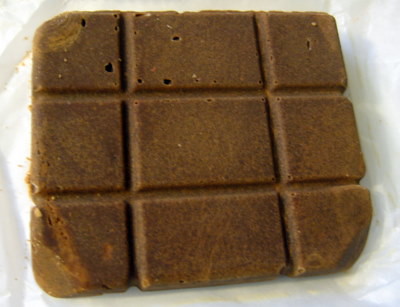 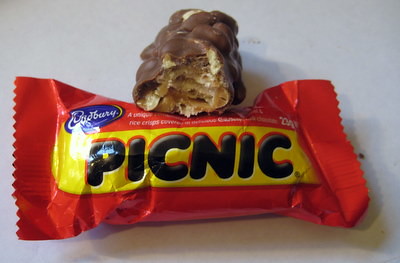 Similar to the British version, but minus the sultanas. The strip of caramel was quite hard and only sort of got chewy once you worked it around in your mouth a bit. The peanuts were plentiful and crisp but could have been more roasty and flavorful. All that plus the dry wafer center made this bar much drier than its British counterpart. I have no notes on the chocolate, which meant it, like the bar, was unremarkable, though the plentiful peanuts would make it a hearty snack. An O.

Turkish chocolates from my friend Ben from his suitemate: 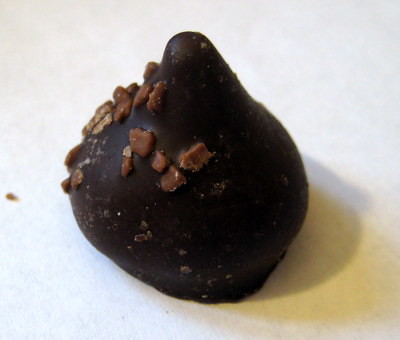 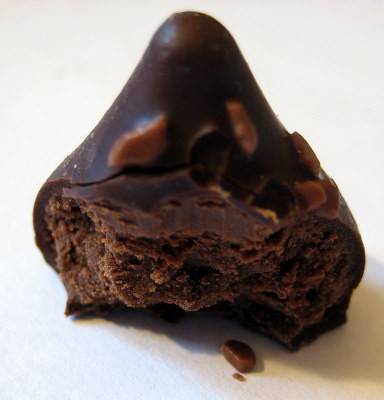 The one shaped like a giant Hershey’s kiss had a thin chocolate shell around creamy but not silky ganache with slightly fruity notes. Those sprinkle looking things were made of chocolate as well. Mine had a slight tinge of mustiness (like it had taken on the scent of a paper towel). I will chalk up to storage and transport rather than to the chocolate and thereby give it the benefit of the doubt. But still just an O for unremarkableness. 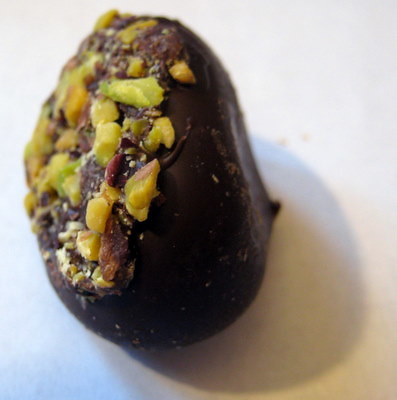 I really liked the shape of the one that had bits of pistachio all along one side. It would make for good architectural inspiration, doncha think?

The pistachio studded one was a thin chocolate shell around a nutty paste that was soft and quite velvety. I’m assuming the paste was made of pistachio, though it tasted more of pine nuts to me. The filling is heavy on the palate, so I ate the confection over several days, spacing out my bites and nibbles. An OM. 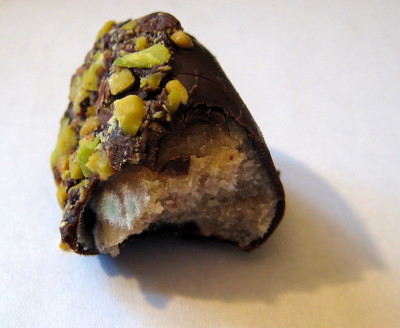