Buddy Fruits was one of my saviors at Sweets and Snacks. After entire days of gorging on candy samples, their fruit pouches of blended fruit (basically apple+other fruits sauce in portable format) were a health preserver in a sea of sugar and salt. 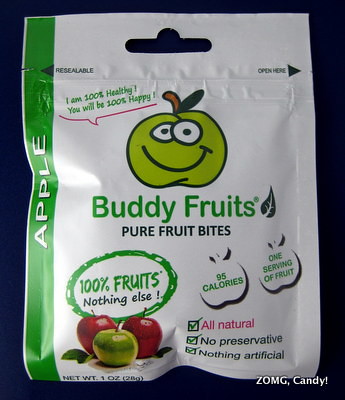 All of my Fruit Bites came in resealable, single-flavor 1 oz pouches. The Bites were soft with an instant give and no bounciness, similar to fruit pate but without the grain. 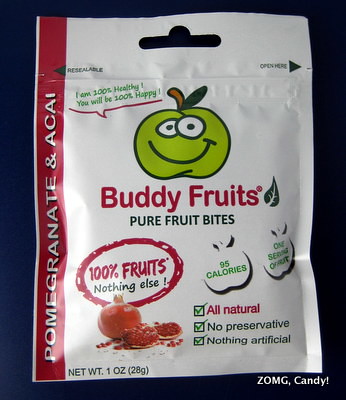 They reminded me of fruit leather, only in moist, gummified form. The colors were similar to those of fruit leather as well, deep purple-blacks and orange-browns that were clearly natural rather than due to artificial colors.

It meant that they didn’t make for super glam photos. I was nearly done with the photoshoot when I realized that the Bites were molded to look like their mascot’s face. 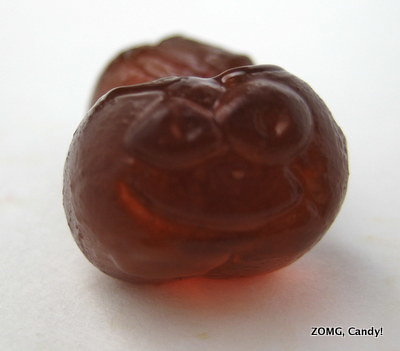 Pomegranate & Acai’s pouch contained 7 slices of apples and a pomegranate (I’m doubtful that’s a whole pomegranate, but it would be silly to say that it contained 48 arils or something). It tasted intensely of bright, sweet apple, and finished with a tannic edge of pomegranate juice, though if you told me it was cranberry, I would’ve believed you. 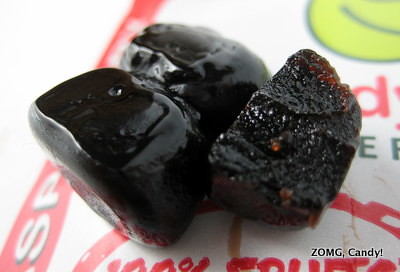 Raspberry’s pouch had 16 raspberries and 7 apple slices. The apple flavor here was less noticeable here – the seedy flavor of fresh raspberries dominated, which I enjoyed.

Banana had 10 slices of banana and 7 apples. It smelled strongly of overripe banana and tasted liked it smelled before yielding to the sweet intensity of the apples. 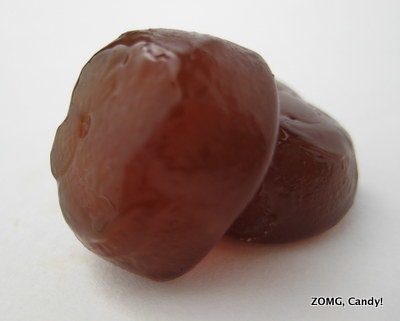 This was my least favorite. Though the banana flavor was genuine, it was almost too much so. I don’t like overripe bananas, and the Banana Bites just made me think of that half-mushed banana you dig out of the bottom of your backpack because you forgot you shoved it in there last week.

Apple’s pouch claimed 10 slices of apple. It packed a concentrated punch of apple cider sweetness into each little Bite. 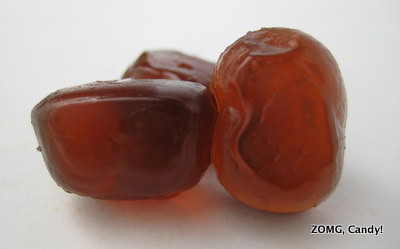 Finally, orange (8 orange slices and 7 apple slices) was my favorite. It started off tasting just like a glass of orange juice before yielding to the bitter edge of zest and orange oil. I’m not sure how much little kids would like it, but I appreciated its complex capture of a real orange’s flavor nuances.

I was super impressed at how intense each Bite was. I felt satisfied eating just a few at a time because they packed so much flavor. Apple and orange were my favorites and get OMs and  Raspberry and Pomegranate & Acai get Os. 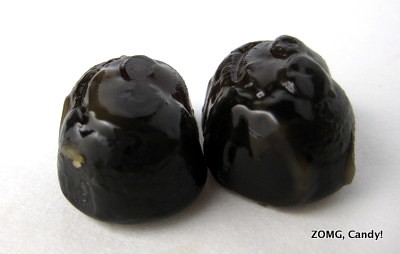 Banana gets an O as well – I didn’t like it, but I respect what it was going for, and I think people who really like bananas probably would like the Banana Bite as well.