I have a love-hate relationship with candy corn. On the one hand, it really doesn’t taste that good. It’s too sweet, and it leaves that sugary aftertaste in your mouth. On the other hand, it’s sooo addicting! I think when I eat candy corn, I keep reaching for more pieces to try to wipe out that candy corn aftertaste… with more candy corn.

On second thought, I love candy corn. I hate that I love it, but I do, which is why I was excited to try Brach’s new flavors of candy corn: caramel apple and caramel. 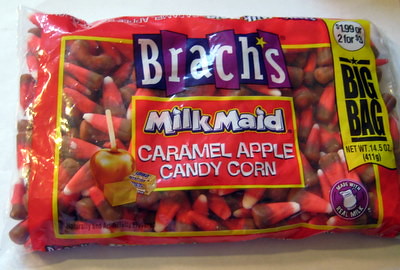 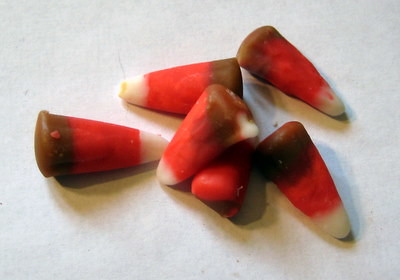 The caramel apple candy corn does a pretty good job of tasting like a red candied apple. The brown layer is the caramel and tastes just like a Milk Maid. The apple layer – blech! It tastes like candied apple, but really artificially and unappetizingly so. There’s already something a little eerie about the fake taste of a candied apple; the further candy imitation of that is unbearable. Candy corn is already sweet as it is, and the apple just takes it too far into the realm of fake sweetness. 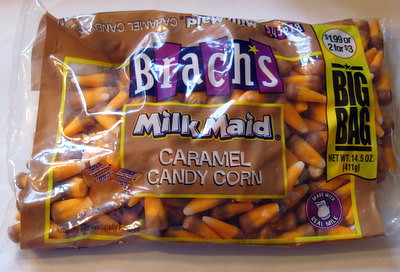 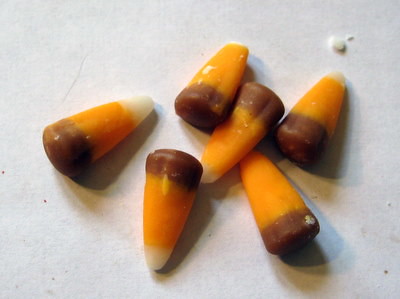