My friend Sonia took me to Athan’s, a Boston cafe/bakery, when I visited her in Beantown. They had an impressive selection of scrumptious deserts. I, of course, made a beeline for their chocolates.

They had a wide selection, but I ended up choosing just three. Each chocolate was hefty (that square one was about half the size of a deck of cards), and they were sold by weight. I pared down my purchase to just three because that was all that I was willing to pay for. 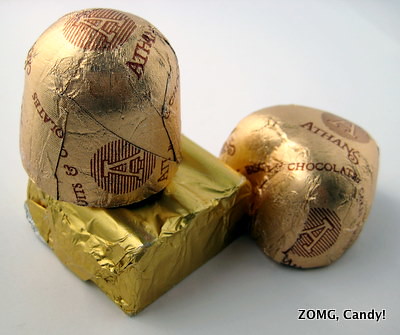 I wish I’d written down what they were. Unfortunately, their website doesn’t detail what they are either, so I shall call them the heart, the dome, and the square thing. 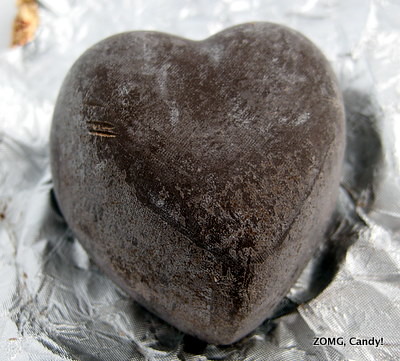 Alas, my heart had bloomed, for I had waited too long to unwrap it. Poetic sounding, yes, but tragic for a candy lover. It smelled of liquor and cherries.

The chocolate shell was a dry dark chocolate (though the dry factor was likely due to the bloom). The ganache filling inside was thick but not creamy. 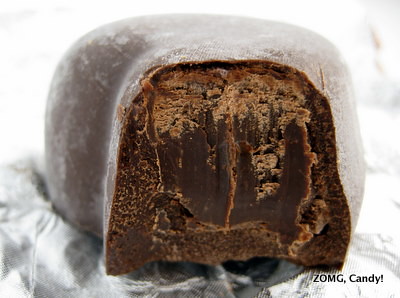 It tasted extremely fruity with strong notes of cherry and booze. I wish I’d gotten a crack at it while it was still fresh. In its current texturally imperfect state, it was rather blah. 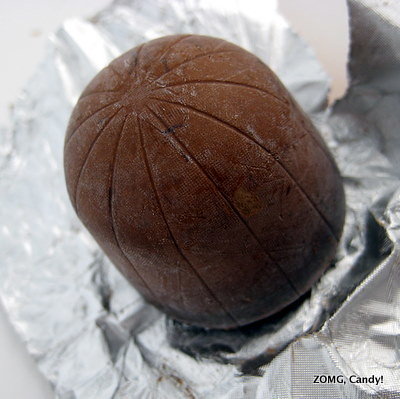 The dome had bloomed as well, though it was in better shape than my heart. Its outer shell was a mix of both dark and milk chocolate.

The bottom half of the dome was a solid base of dark chocolate. It was so thick that it was hard to bite through. When I managed to chomp through it, I got nice, strong cocoa notes with a velvety finish. 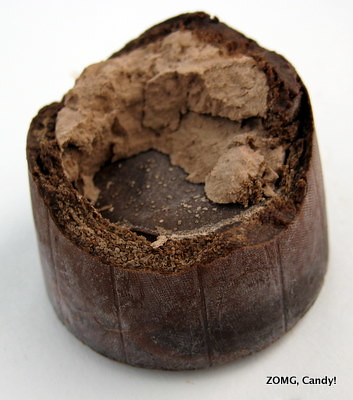 The top half was a pale hazelnut filling. It had a dry, crumbling texture that reminded me of dried out frosting.? It was so sweet that it burned my throat, but there was a nice, strong nuttiness to it.

Finally, we have the square thing, which featured three arches across the top. It was made of milk chocolate and had a dry, brittle break. 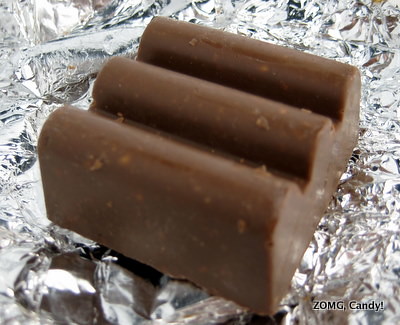 When I say break, I really mean chomp. The piece was too thick for breaking by hand and nearly too thick to bite through. So I guess what I really, really mean that it has a dry, brittle texture.

That texture was not due to any deficit in the quality of the chocolate. Instead, it was because the chocolate was chock full of stuff! See for yourself: 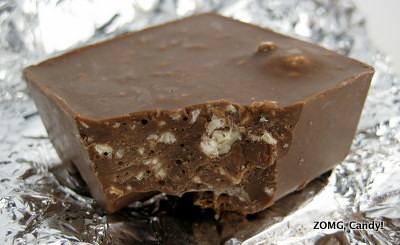 The milk chocolate was nicely nutty with sweet caramel notes and a mild fruitiness.

It had a crispy dry crunch due to lots of nutty bits of what I think was hazelnut. They had a pleasant texture and flavor that melded well with the chocolate.

The square thing was my favorite. It gets an OM. The dome would get an O and the heart a –, but that wouldn’t be fair because they were past their prime. Looks like I’ll have to pay Athan’s another visit sometime!