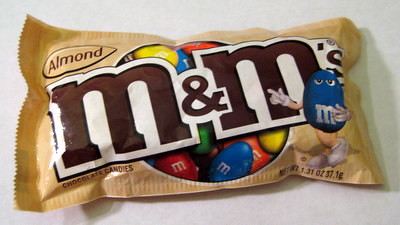 How do Almond M&Ms compare to the others?

I was disappointed to find that there were only 12 M&Ms in my single serving bag. They were larger than milk chocolate or peanut M&Ms, but still, only 12? I easily polished off the entire bag, which then led to a good case of candy overindulgence guilt.

I liked the Almond M&Ms better than the peanut ones (which isn’t saying much, as I find peanut M&Ms boring) because they’re darker and crunchier. The almonds had a stronger, nuttier taste than the bland, unroasted peanuts found in peanut M&Ms. 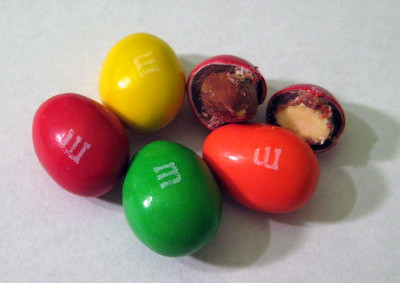 Though the almonds were great, Almond M&Ms are not a candy you want to dissect into its separate components to eat. Instead it’s best when all crunched together so that the almond’s nuttiness can mitigate the sweetness of the sugar shell and milk chocolate. An OM.