I’ve covered two customizable chocolate companies on this blog, Chocomize and Chocri. Chow.com brought it to my attention that there’s some sketchiness to the similarities between the two companies. 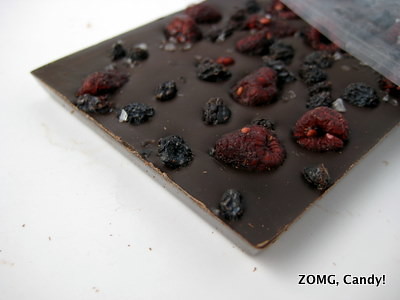 According to the NY Times, a brother of one of Chocomize’s founders had worked at Chocri, though the Chocomize founders claim that they were inspired by a chocolate bar that melted and picked up some gummi bears. Drama!

Haribo Fruity-Bussi are the fruity corollary to the Jogi-Bussi that I reviewed on Monday. They were the same mix of...